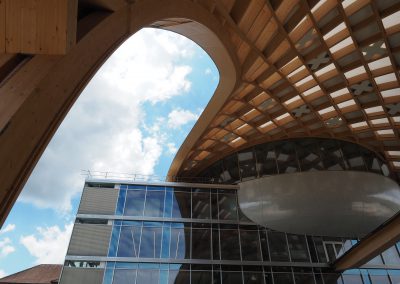 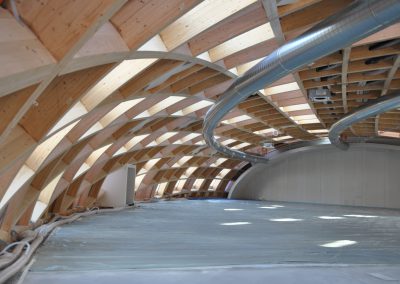 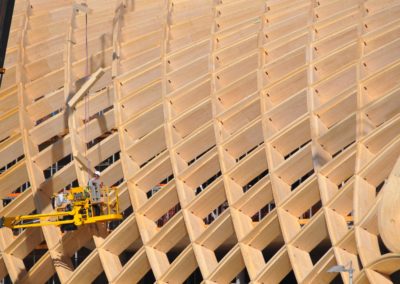 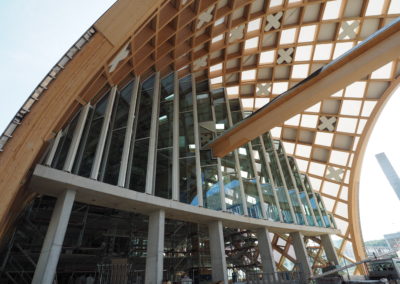 Projektbeschrieb
The new headquarters of the watch manufacturer Swatch is located in a kite shaped 11’000m2 facade, which is supported by more than 2’000m3 free formed glulam beams. The beams were already formed into their individual shape during the gluing of the lamellas, which significantly reduces the volume to be cut off.

WE DESIGN SPACES
FOR HUMANS + NATURE 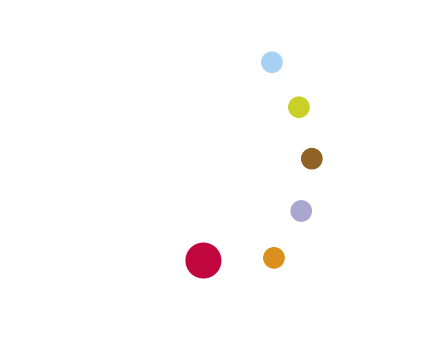